The place where MMA fans say have more say than the 280 characters of a tweet! 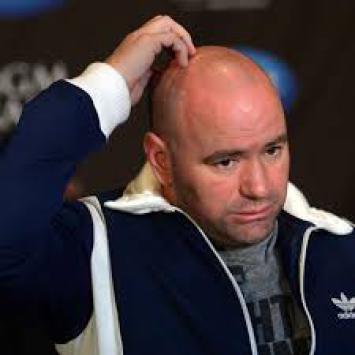 “There’s scope for anyone to make profit from a disaster”

Or at least you would think.

As the CoronaVirus (formally COVID-19) stalks our lands, MMA fans and fighters alike are left in a purgatory of thought.

On the one hand we want to ‘stay home and save lives’, or similar international slogans. Surely heroism will outweigh boredom?

On the other hand, we want to see fights.

It’s our love, our passion, our crutch. Presidents, Prime Ministers and Pandemic Professionals have been shuffling through scenarios, seemingly in our favour. Their mission is to combat the illness, whilst simultaneously attempting to predict the impact to their (mostly) loyal subjects on a human level.

The grey area appears to be sport.

Many sports fans across the globe rely on the weekly rush of adrenaline, supporting their beloved teams and players. This certainly applies to fight fans.

In recent times, the UFC has laid it on thick. With an increased number of cards, record breaking match ups and global press tours, an argument has arisen. “Is more really more?”. (But that’s a conversation for another blog post)

MMA to the fans is like cake to a fat kid, with the majority wanting to consume as much as possible, as often as they can, we have all fallen to the “Oh shit, no MMA this weekend, what the heck am I going to do?” when the promotion takes a break. But since the sale, the UFC appears to need more fight cards.

Donald Trump has been quoted as saying that many citizens require sports to stave off depression or other such similar afflictions. To an extent he is correct. But like all addictions, is that because we are used to the idea of being nourished most weekends by the sweet nectar of professional competition?

Pandemics close down countries. Businesses are forced to furlough. Sports are dragged to a halt. It feels appropriate for me to mention a thought at this point; a world where footballers wear space suits, or rugby player’s kits consist of gloves and a full face mask are not beyond the ridiculous to me. But fighters wearing masks? No chance. That defeats the object.

So what’s to do? Well, it would appear, the curse of Khabib v Tony has never been so prominent. (Was there a time it wasn’t?). The bone we’ve been thrown is Tony v Justin. A fight that could change the landscape of a division, as well as the fate of ‘he who shall not be named’. UFC 249 was scheduled, then dropped, then rescheduled, then dropped. Now we’re promised May 9th but most are just calling it false hype.

At time of writing, May 9th is 1.5 weeks from now. And I actually think Dana pulls this one off. Not the card currently advertised. Not a single fan in the crowd. But I do think this one goes ahead. Gaethje is always keen to scrap, Ferguson even made weight for a fight he knew was cancelled. Somehow I’m still holding hope for this one.

The question you must ask; with a lack of PPE, medical professionals required to attend and COVID tests being ripped from the nasal passages of key workers to test our fighters, what is the cost?

Will I be depressed if 249 doesn’t happen? Doubtful. I’ll certainly continue to be bored, but that’s not something a jigsaw puzzle, or a paintbrush can’t solve. My house has never looked so good! Either way, I know I’m fighting the good fight.

My mother and sister both work for the British National Health Service, and I can honestly say, I’d rather them return home after each shift, over watching people punch the snot out of each other… But both would be nice!

Look forward to 249. But don’t rely on it. There’s plenty more fights in the future.